Starting in Terraform Version 0.15.4, new reporting shows updates being made to the state file after detecting remote object changes. This is a task Terraform has done historically by design during refresh silently in the background. This new feature brings this information to the forefront for user awareness. It is important to review how the state is changing to match the remote system. This feature solves the gap in knowledge that was previously hidden and avoids negative consequences. Users now have the opportunity to review changes to the remote system that are either expected or catch changes that are not expected.

Here is an example of what this feature looks like when an in-place change is made after a remote object change is detected. 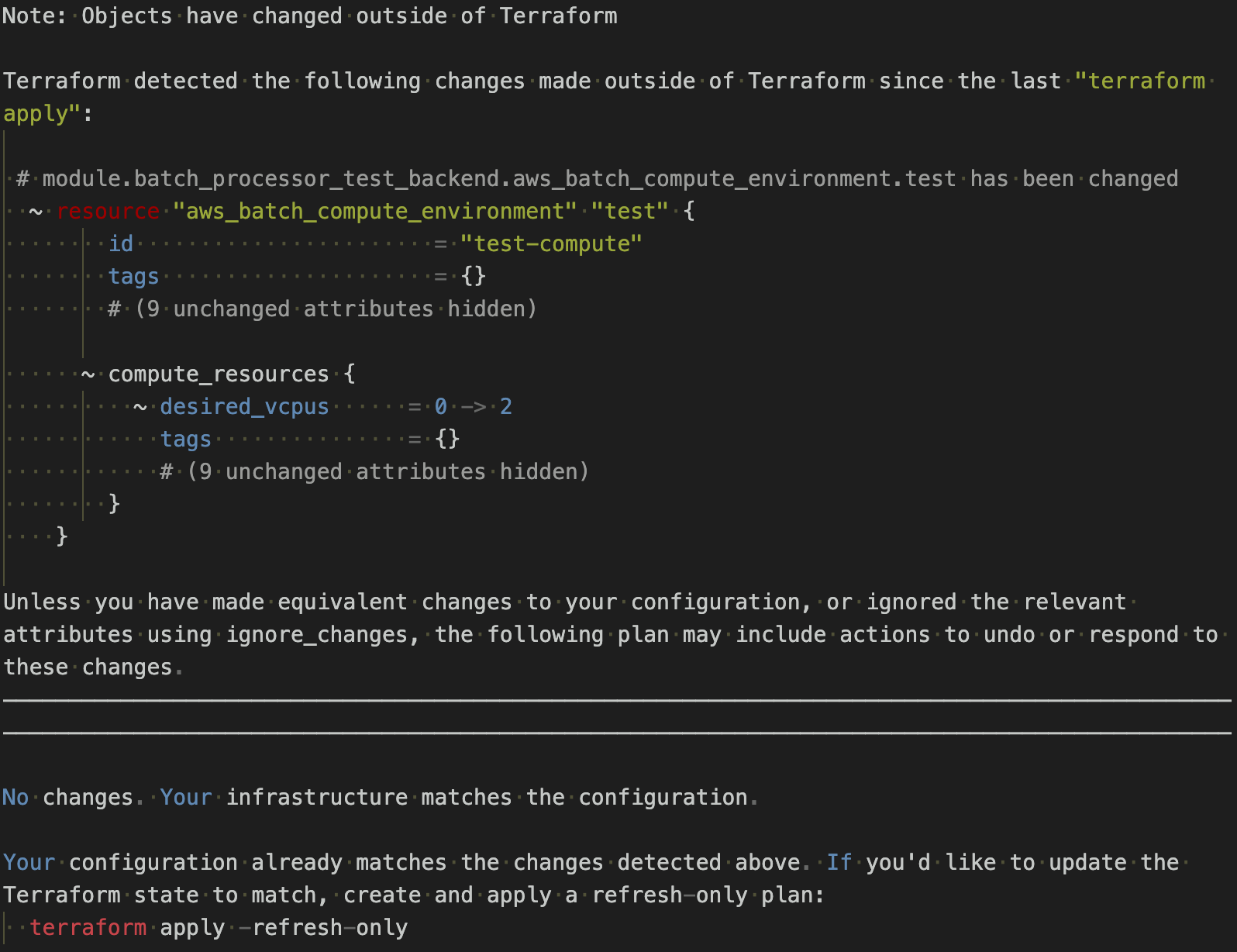 Reporting this change to the state is important and can result in a change in behavior of your configuration if any other expressions in the module refer to the changed value.
In this example, if there were any reference to aws_batch_compute_environment.test.compute_resources[0].desired_vcpus
elsewhere in the module, the value returned would be 2 VCPUs rather than 0 VCPUs after detecting this change. This is the behavior Terraform is reporting in order to show context around which actions Terraform decides are appropriate for the next plan. This is behavior that has always existed behind the scenes and is now visual for Terraform users.

Another reporting feature that may be observed includes the addition of provider required objects that exist remotely and need to be added to the state to match.

CAUTION
The only mechanism Terraform currently has in order to disable detecting these remote changes during refresh is the global -refresh=false option, which will result in Terraform not refreshing anything at all. It is advised to have Terraform refresh during the normal planning phase (default behavior) and allow this reporting to occur. This is highly recommended in order to be clear about the new values Terraform used as the basis of the plan.

This note is to clarify that ignore_changes is not designed to ignore any changes that are coming in from the remote system. The ignore_changes argument disables Terraform behavior of comparing the terraform configuration to the state in order to plan any necessary new actions. The “Objects have change outside of Terraform” is reporting a difference between the prior state and remote objects.

Articles in this section